This is my fourth game jam participation. After one failed and two finishing attempts at TriJam (make a game in three hours), I wanted to a longer format one. Since I have Extra Credits to thank for keeping my intereseting in game development alive over all these years, I thought it only fitting to participate in theirs.

Cycle Trial (or Trial Cycle?) tries to belong to the #Cycles theme of EC's Game Jam 3 in two ways: it features a bike (or bi-cycle) and if you die or hit the recycle signs, the game resets you to the beginning of the level.

This game was made using Godot, the open-source and free engine; Clip Studio and GIMP for images; Audacity for converting the royalty-free tracks of Kevin MacLeod (internet  music hero) to ogg format.

Just unzip the .zip file and click the exe (on windows) or manipulatie the x86_64 file as usual (on Linux).

There is more than one level in this game! High scores are visible for 5 seconds when completing a level, so jot them down if you want or take a screenshot. For control directions, watch the top right corner.

Watch All jams welcome! | !submit !queue from MrJoshuaMcLean on www.twitch.tv

I like this kind of games a lot, played the flash motocross games a lot while i was at college.
This I liked, but i would have prefer it if it had a faster control, to allow faster turning and moving so you can make more trickier levels. As for level design, i liked it up until the end. Putting the hardest jump in the level at the end of it is frustrating, because you have to repeat everything up to that point (that was fairly easy) and try multiple times. I would suggest not putting this kind of stuff to the end, and move it more like to the 70/80% of the level, so when you make the hard jump you have some downtime to calm down and finish the level. I tried several times and couldn't beat that jump.

Also, i would put the character more to the left of the screen, since you cannot go back, is more important to see what's ahead (especially in that last jump).

Thanks for the comment. Yeah, I guess I should have made the last jump a bit less difficult. A game jam does make for limited testing however, and after a while you presume everyone will "feel" the physics like you as dev do, which of course is not the case. I did also include a second level, where the first jump is one of the most difficult in there. Seems like difficulty ramping is something I have difficulty with in the games I make in general, ah well, time should make me better in finding the right balance. :-)

Just like you I've always liked trial bike games a lot (began with flash games as well), and wanted to see if I understood Godot enough to make one. 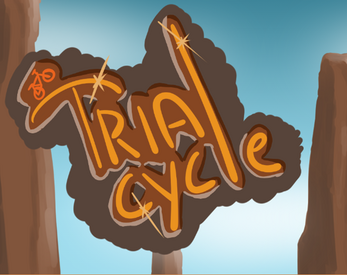